Is it time to start Tanner Rainey?

As the defending champs sit in eerily familiar fashion at 12 – 20, seven games back and in the cellar of the National League East with 28 games to go, the debate over whether to buy or sell is now moot. This doesn’t feel like the Bryce Harper boondoggle by a long shot, but nevertheless, the trade deadline has come and gone this week without any move by Nats GM Mike Rizzo and his fading contract situation.

Barring a corona-induced shutdown of some sort, they still have to play these games. Why not switch something up?

Stephen Strasburg is shut down. Anibal Sanchez is struggling. Suddenly, starting pitching is among the Nats’ biggest issues.

Former Nationals 3rd base coach and current broadcaster Bo Porter had an interesting suggestion this week – take Tanner Rainey out of the bullpen and put him into the starting rotation.

Again, the September 2020 Nationals front-burner issue is ineffectual starting pitching. In many of these recent games, they’ve surrendered early runs and played from behind. Pressure then mounts on the offense.

Scoring actually hasn’t been that much of an issue this year, but clutch moments have been few and far between. Juan Soto is still Juan Soto: he’s sporting a .367 batting average, a league-leading .800 slugging percentage, and he’s tied for 2nd in the NL in home runs at eleven. 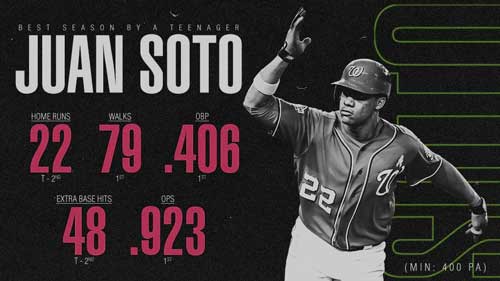 Trey Turner might be the hottest hitter in baseball right now. He’s 15 for his last 20, leading baseball with a .377 average, and first in the league with 49 hits.

Start Tanner Rainey at least once and see what happens

Putting Tanner Rainey into the starting lineup could help the Nats get off to early leads more for a change. He’s been one of their best pitchers this year and is a former starter. The immediately obvious issue is, he’s only got two pitches (a four-seam fastball and slider). That’s why Rainey is a bullpen dog.

Bo’s plan? Have Rainey go 3-to-5 innings intentionally. Then – if everything goes smoothly – Rainey hands a lead over to the bullpen. A rejuvenated Sean Doolittle, among others, holds on for dear life. Always works.

Lately, they haven’t had the chance, however, because they’re behind all the time. Maybe an off-script move like this can create a spark. Lord knows they need something.

Sixteen teams will make the playoffs this year; the top two teams in each division, plus two wildcards. It’s difficult to imagine a similar run to last year’s magic carpet ride, based on where they are now, but the Nats are only four games back of the second spot in the NL East.

Let’s listen to Bo, switch it up, and start Tanner Rainey. With a shortened season hanging in the balance, what is there to lose at this point?