Russell Westbrook Trade Is More About Beal Than Wall

Last Thursday, the Washington Wizards traded Wall for Westbrook. Finally, it’s the Wizard’s turn to make the blockbuster trade of the off-season. The Russell Westbrook trade brings a level of excitement not felt in Wizardland in some time.

The former All-Star point guard Wall, and a 2023 lottery-protected 1st round pick, are now on the way to Houston. The Rockets’ own mercurial point guard, former league MVP (and triple-double machine) Russell Westbrook, will pass Wall’s ship on the way to The District.

In making this move, the Wizards have demonstrated their commitment to the 27-year old Beal for the foreseeable future. After their shooting guard signed a contract extension in 2019, he absolutely carried the team on his shoulders while Wall missed two seasons with an Achilles injury.

The team needed to show Beal the love. In Houston, they found the perfect dance partner and finally pulled the trigger on the Russell Westbrook trade. 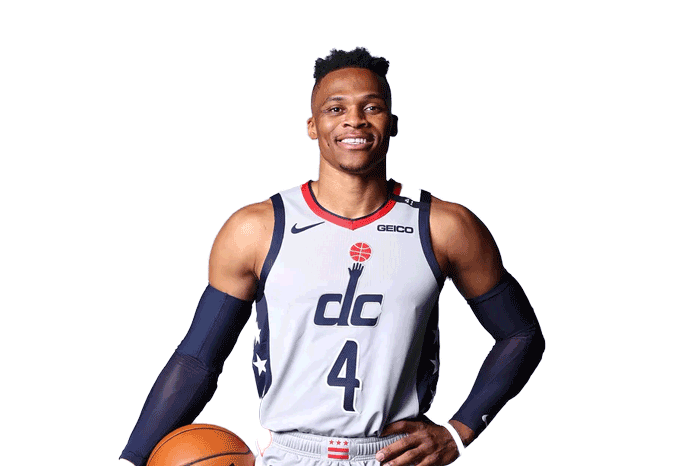 Does Russell Westbrook have a Personality Problem?

James Harden has now joined Paul George and Kevin Durant in the “We are not too happy coexisting with Russell Westbrook” club.

Although Russell has stated his support for George – and there have even been rumors of a possible Wizards/Los Angeles Clippers Beal for George trade, and another scenario with the Miami Heat – Westbrook’s reputation precedes him. No one questions his work ethic or desire, but there is an undeniably prickly aura surrounding Westbrook.

Bradley Beal and John Wall had what can be accurately described as an up-and-down relationship. They were very cordial to one another after the trade, but there have definitely been some rocky moments. 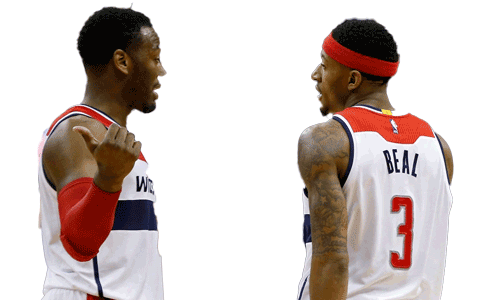 “I think a lot of times we have a tendency to dislike each other on the court.” – John Wall, 2016

Things have never really been warm and fuzzy between the two from the moment that quote hit the airwaves. Now, an even stronger personality is coming to the Wizards. And he doesn’t have the best reputation. Something to watch for sure.

Writing on the (John) Wall

Both Beal and Wall probably knew this trade was coming for some time now.

Beal signed a two-year extension through 2021, with a player option for 2022-23, that pays him roughly $29 million a year. News of trade talks with Houston gave Wall the perfect excuse to feel slighted and demand that very trade. Add to that the history of Wiz coach Scott Brooks and Westbrook from their days together at Oklahoma City, and you had all the makings of a blockbuster deal.

In many ways, this was a done deal long before anyone knew what the actual deal would be.

Head Coach Scott Brooks would surely love it if the Wizards could still add some pieces, but nevertheless, this trade is the clearest indication that they have chosen their star shooting guard as their core player. The trade for Westbrook does look like a step in the right direction. Now only time will tell if this will benefit one or both teams – or will Beal just join a growing list of star players not happy working alongside the triple-double machine.