Is Dan Snyder Too Hot for the NFL?

Can any NFL owner ever really be on the proverbial Hot Seat?

That doesn’t happen to owners, not unless they do something truly unforgivable from a PR standpoint. Even then, they usually have enough dignity and affection for their staff to step down quietly without a fight.

Obviously, this won’t happen in Washington. We’ve read Danny’s file. Dignity and affection are not in it.

As a rule, NFL owners don’t worry about job security. Quite the opposite; they turn a working stiff’s “I-can-fire-you-in-an-instant” fantasy into reality at the snap of their bling-encrusted fingers. It’s YOU who’s on the seat, whoever the hell your insignificant ass is.

And yet, lookie here. Stories about Dan Snyder on the hot seat pop up everywhere these days. Literally hundreds of them, from every corner of the web.

One thing almost everyone seems to agree on during these crazy times: Daniel Snyder is less than 100 percent awesome.

A quick glance of Dan Snyder’s record as an owner

His on-field track record reads like a ‘What-not-to-do’ book on running an NFL team. 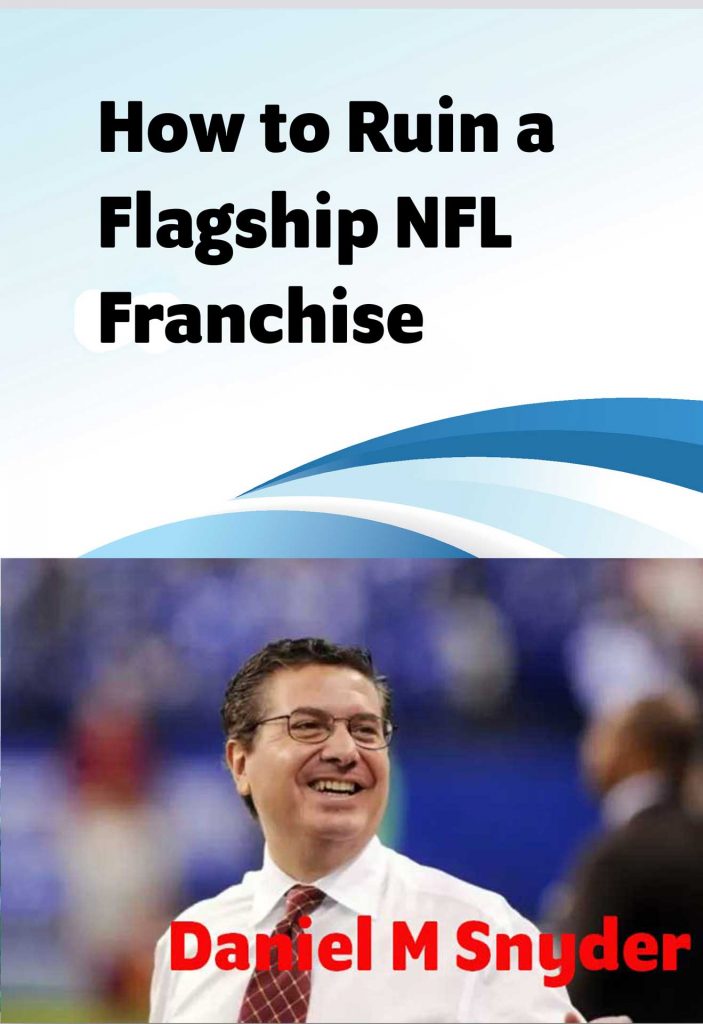 For the moment, however, we present the following football truths as a matter of record, in order to demonstrate across-the-board failure.

That last part is just barely a joke.

[It should be added that Snyder once sued a small, local newspaper after they ran a hilarious story of all his misdeeds over the years. The lawsuit never bore any fruit for Danny, but the article lives on; it’s a wildly entertaining read that chronicles just how far the Snyderslime oozes down the rabbit hole.]

The situation in Washington has become an embarrassment for the NFL, but they have a 5-alarm fire across town to deal with at the moment. The leagues’ reaction has been to compartmentalize the ‘Dan Snyder on the hot seat’ situation for the time being

“Dude, have you noticed? We’re reeling from the George Floyd and Jacob Blake incidents right now. Go away, Snyder, and get your own effing house in order.” – Fake Roger Goodell

NFL commissioner Roger Goodell, who does what he’s told, recently announced that his office will take a bold wait-and-see approach.

Shortly after the Washington Post broke the story about Washington’s myriad, rampant culture failings, Snyder hired a professional ass-saving specialist, lawyer Beth Wilkinson. Her task is to undertake a thorough and unbiased assessment of the toxic culture and the potential legal stench from two decades of Snyder, and then deliver her report. 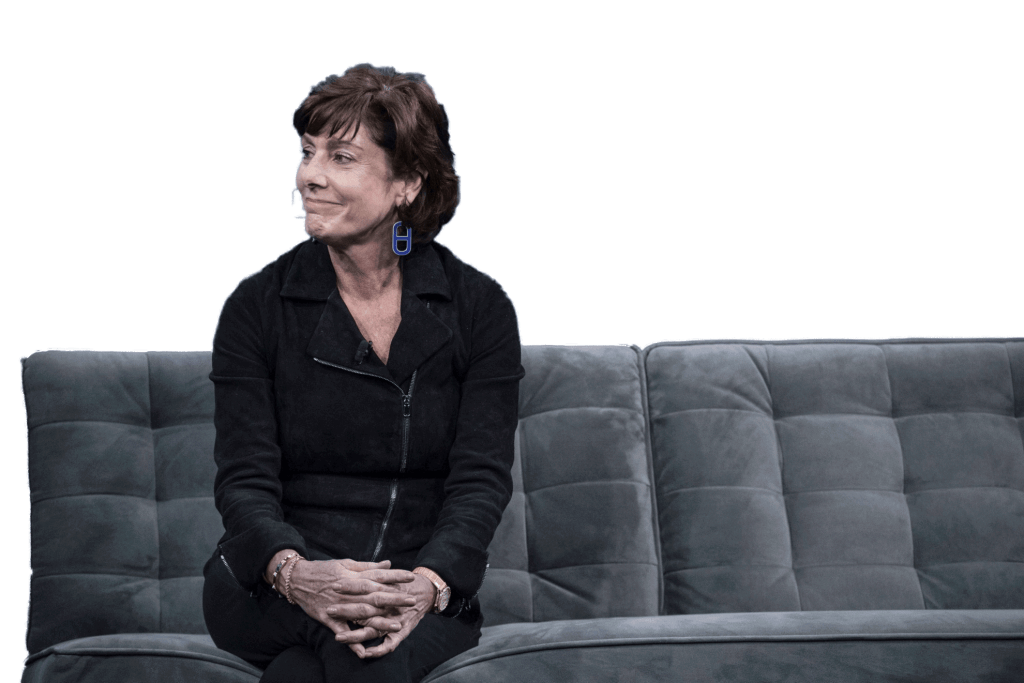 Beth Wilkinson does have a good reputation, just as everyone says. But Wilkinson is not in the screw-your-client business. Nobody hires thugs to break their own legs.

Yet, Gooddell is ignoring this obvious conflict of interest. He is relying solely on Wilkinson’s report as the basis of his next move. Obviously, the owners are fueling this decision – they enjoy kicking Dan around. Snyder’s teams are an easy ‘W’. He’s the guy who gets the only F on an easy pop-quiz. It’s good to have that guy in your class.

Nevertheless, it befuddling as to why the owners think this is a wise course of action.

The NFL owner’s club is a giant, old, white ship that doesn’t turn quickly for anyone. But why do they assume that people are going to thoughtlessly swallow the same old corporate statements, given the current political climate? That only makes things worse.

Given the way the NFL passionately protects its shield, there has to be some sentiment brewing in their bowels to offer Dan Snyder as a sacrificial lamb. 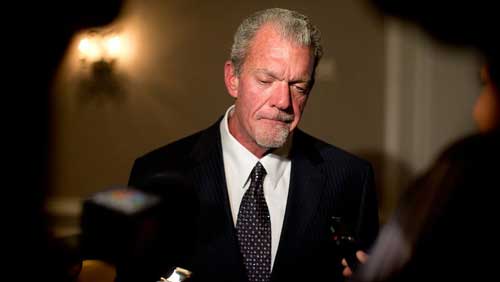 Then again, Colts owner Jim Irsay was caught with more drugs than a pharmacy while driving around high as a kite with $29,000 in cash on him. Stories of fatal drug overdoses float in his wake. Nevertheless, the Indianapolis billionaire watches games form his luxury booth at Lucas Oil Stadium to this day. Owners don’t like eating their own.

Now for The Good Bits

How difficult is it, honestly, to see right through this ‘unbiased’ dog-and-pony show out in Ashburn? Lawyering up Snyder in this situation is really not that tricky.

The problem, of course, is that there are two particularly damning accusations. If either is true, Dan ought to rename his 305′ yacht Elba Island.

This is where things start to get too hot for the NFL. Rule #1 of the billionaire boys club? Don’t screw up and get caught.

What does it take to get rid of an owner?

Can NFL owners kick another owner off the NFL island? Yes.

There is a “conduct detrimental to the league” clause, and if the situation warrants, NFL owners can vote out one of their own,

Is it likely to happen? No, but this might be the one time it does. It’s been a pretty unpredictable year if you haven’t noticed.

The big problem for the owners is that they know the Snyderskins were not a one-off. No telling how many toxic culture locker rooms are still out there. The other 31 owners don’t want any reporters poking around in their culture waste bins. The path of least resistance for Jerry Jones and his merry band of yacht browsers is that this story dies with the Wilkinson report.

That scenario is equally unlikely. There’s blood in the water around Snyder, from all sides. He’s persona-non-grata to the whole country. The fans hate Dan’s guts with a passion. The media calls him things like “classless punk” and suggests that the NFL should “scrape him off their shoe” for his many failings. The minority owners seem to agree; they want him gone in the worst possible way.

If anyone attempts to label all this as angry fans and biased media who have it out for Snyder, remind them of the following:

In real-time, as we watch this gross saga flatulate its way to some kind of hideous conclusion, cancer-stricken Ron Rivera stands in front of podiums and takes all the bullets for a culture he didn’t create, while Daniel Snyder bravely hides in his bunker.

He confirms everything everyone thinks about him through his own actions.

Hot enough for ya?

Now, the owners are becoming tired of this idiocy. If the more serious allegations become louder as the weeks go on, the heat will get too hot to handle for the NFL. An owner with Snyder’s track record has no leverage. He’s been a loser in every sense of the word the moment he entered the NFL. This is not a league for hopeless losers.

It’s a strange feeling to almost want a serious sexual allegation to be true. But face it – the only thing that will put Dan Snyder on the hot seat is to turn up the heat until he’s forced to flee the damn kitchen.