The Chic Upset Pick: Can WFT beat the Steelers on MNF?

Will Washington upset the Steelers?

In theory, sure. In practice? How confident do you really feel?

Now technically, this is not MNF; the game was rescheduled from Sunday due to numerous Covid-related issues. The broadcast also starts at 4:30 PM, which is night for no one except for people who drive to the Arctic Circle. Nevertheless, Ron Rivera’s improving team (Team?) could prove the theory in Pittsburgh tonight. At least the game isn’t on a Wednesday at 3:40.

About that 3:40 game last week. Pittsburgh emerged victorious against a Ravens team that had just recently celebrated its 479th positive Covid test – so they were a bit depleted, personnel-wise. Bobby Three Sticks was straight-up flabbergasted by the Steelers defense, and the game was a bit of a joke, in more ways than one.

However, the Steelers aren’t laughing. They’re tired, irritable, discontent, and vindictive. Schedule changes were always going to be inevitable in 2020, true, but Steelers Head Coach Mike Tomlin will use this situation to his advantage.

Can’t you imagine Tomlin getting in his players’ faces with this? “The NFL jerked our chain around with the schedule. They want us to lose because of [INSERT ‘US AGAINST THE WORLD’ MOTIVATIONAL SPEECH HERE].”

Mike Tomlin and the Steelers are Always Tough

But seriously folks, the Steeles are not the kind of squad that gives up their lunch money on their home turf to a losing team named Team that maybe is just now finding its groove.

True, the Steelers have had a bit of kryptonite over the seasons in the form of the dreaded ‘trap game’, if there is such a thing. Steelers coach Mike Tomlin shot that down pretty emphatically when his squad played the one-win Jaguars a few weeks ago.

“We are not a Big Ten team playing a MAC opponent.”

At the NFL level, the trap game is really a product of the grind of a 16-game NFL season, not overconfidence. The fragile nature of the human body makes it prohibitive for a player to sell out of every last ounce of energy he has – pain and injuries be damned – each and every single week. It’s a matter of physics; something has to give eventually, usually in the form of ligament or muscle injuries. Players don’t help their team if they ball out for four games then miss five games (or the season) because of macho recklessness.

Even the all-time greats and Ray Lewis and Dick Butkus got hurt from time to time. Some weeks, guys have to play with a twisted ankle wrapped with dozens of passes of white medical tape. That’s probably not going to be their best game.

True to form, Steelers Quarterback Ben Roethlisberger was limited in practice this week with a sore knee. 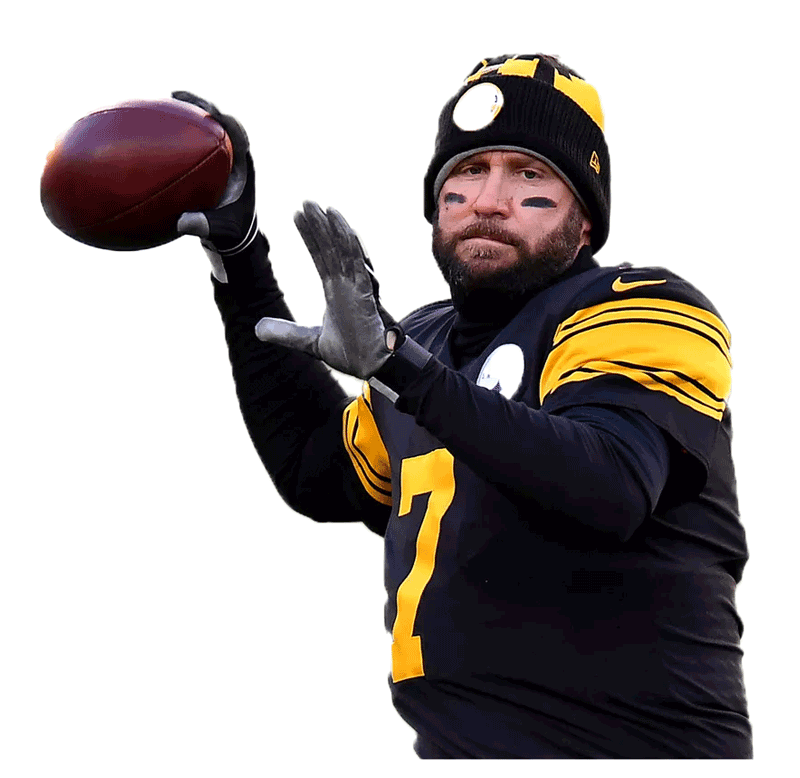 He was listed on the injury report as questionable earlier this week, but the latest report is that Roethlisberger is expected to grind it out despite the sore knee.

Which brings us to the Jacksonville Jaguars, naturally. A few weeks ago, the attractive, energetic folks at Good Morning Football put a graphic up recently showing how 1st place Steelers teams often lose to last-place teams. With the Jags on the docket, the potential upset of the year became the chic pick by many more pundits around the football mediasphere.

The Jags did their part early on by driving 52 yards on the opening possession and kicking a FG to go up 3-0. Their only other trip to the red zone all game resulted in an interception; they lost by 3 touchdowns.

So much for the trap game.

Mike Tomlin doesn’t seem like a guy who needs to rely on bulletin board material to motivate his team. They probably think it’s funny that we all imagine some bulletin board in the locker room with a bunch of newspaper clippings all over it. Nevertheless, there’s no way they didn’t hear the chatter about their losses to bad teams, and Jacksonville never really stood a chance.

Some three weeks later, the Steelers are still undefeated, and the Washington Football Team travels to Pittsburgh on the recently flexed first slate of a glorious doubleheader. They’re next in line to try and knock the Steelers off their perch.

After Mike Tomlin called his team out on their “JV” effort last week, it’s a good bet that he will have his team focused.